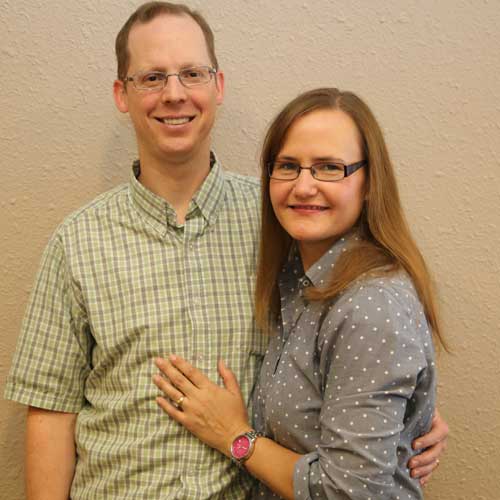 Dr. Derek Conklin loves dentistry and was fortunate to be introduced to it as a teenager by a family friend who was a dental student. From that time on, the idea of being a dentist resonated with Derek.

He had an interest in science and art, and loved the idea of being able to use those interests to interact with people and improve their health.

Derek kept the idea of dentistry in mind as he served a two-year religious mission in Ecuador for the LDS Church. The people he met in Ecuador continued to inspire him to enter a profession that would allow him to help and serve people.

When he returned to the states, Derek began his studies in pursuit of dentistry. Soon after he met his lovely wife, Carrie, and they began their life together.

Since then, Derek has actively been involved in continuing education, keeping up with the latest advances in dentistry.

Derek has studied dental implants with some of the best oral surgeons, as well as orthodontics with Invisalign. It is important to him that his patients receive the best care possible. Dr. Derek Conklin is a member of the Academy of General Dentistry.

While Derek is passionate about being a dentist, he also has a wide variety of interests and hobbies. Derek loves the outdoors – running, biking, hiking, and especially snow shoeing, backpacking, and camping. He volunteers his time with the Boy Scouts so he can share his love of the outdoors and inspire young men to develop skills that they need to thrive in the world.

Derek has participated in triathlons, including an Ironman competition. Derek also has interests in watercolor painting and identifying birds and travel. He loves to read and often reads more than one book at a time. After the adoption of their daughter, Hannah, Derek became passionate about the cause of adoption. He and his wife currently serve as the Chairs for the Oregon Chapter of Families Supporting Adoption, an adoption education and advocacy group.

Derek, his wife Carrie, and their daughter Hannah live in the Gresham area where together as a family, they love to go to the zoo, OMSI, the park, take trips to the beach, and eat at Red Robin. Hannah is a fan of Red Robin’s macaroni and cheese! They love to travel as a family, and hope to plan some trips in the future. Derek and Carrie hope to adopt again.

We go the extra mile for our patients. Why? Because you matter to us! We’re a practice that’s focused on the people. We genuinely care about you and your family and about helping you achieve lasting oral health. We’re known in the community for our family-friendly care, our exceptional service and the wonderful environment we provide. It’s a reputation we proudly live up to!

Dr. Conklin never settles for less than his best when it comes to your oral health care. He consistently delivers high-quality treatments, lasting health solutions and beautiful results. He and his highly skilled team are dedicated to pursuing excellence and continually improving their services for you. Our ultimate goal is to give you the best quality care in town!

Inside our practice doors, we’ve created a fun and happy environment that will put you at ease! It’s a priority to us that you feel comfortable throughout your visit. From the front desk to the treatment chair, you’ll be treated like family. Our kind and caring team is always available to assist with any needs and is helpful in every way. We go the extra mile to help you feel both relaxed and happy with your experience at our office.

We’ve worked hard to excel in a wide ranges of services — from general and preventive dental care to more specialized services in cosmetics, endodontics and restorative dentistry — so you can enjoy the ease and comfort that comes from having all your dental needs met in one familiar and comfortable place. We’re proud to be your trusted dental home for comprehensive dental care.

We take the time to get to know our patients on a personal level, and you’ll see the difference that makes in the quality of your care! We see you as more than just a number. Your needs, wants, concerns and desires matter to us. Our one-on-one approach to dental care truly sets us apart and makes your experience one of the best around.

One of the best ways we can show how much we care is through clear communication. We will explain all the details of your oral health condition, as well as all your treatment options, in an easy-to-understand manner. In every recommendation we make, we will keep your best interests in mind. Beyond that, we are good at checking up on our patients with a post-treatment phone call. Dr. Conklin is even happy to give you his personal cell phone number should you need it!

Read reviews from our loyal patients!